What is Industrial Automation Robotics? It is a new technology that combines human workers with machines to automate a variety of processes. The use of robotics is gaining momentum as a viable path to profitability. Not only does robotic automation free up the skilled workforce to focus on higher-value activities, but it also reduces management oversight. Additionally, common delays and timeliness issues that affect human operations will be less of a concern with robotics. Some robotics systems can operate independently or in groups.

In general, automation in production processes is occurring in areas with cheap labor, such as automotive and consumer electronics. Similarly, industries that use large quantities of raw materials rely heavily on automated systems. Although these systems are not always robotic, they often process massive amounts of raw materials and turn them into finished products. The technology can help in many ways, including automating repetitive tasks, improving the efficiency of production, and reducing costs.

Accuracy is an essential characteristic of industrial robots. In some cases, they are designed to do a particular task repeatedly, while others are designed to do things once and then repeat. This ensures consistency in the final product. The less mistakes a robot makes, the less time is wasted on error correction. Also, this means that the robot will use less wire for welding and paint for example, while reducing overall waste.

Several advancements in computing power and software development have allowed robots to be more affordable and easier to program. Previously, each robot component was connected to its controller by a wire. Today, however, the components are connected by network wiring. Once connected, they will automatically identify each other, reducing setup time. Sensors and actuators can report on the status of the process to the control system and collect data for maintenance.

The use of robots in the industrial sector can help companies reduce occupational hazards. These robots can work in high-risk environments and tasks, such as those involving heavy materials. Because they do not require the same space that human workers do, they can be safely moved around the factory. They can also improve productivity by performing tasks that were previously impossible for humans to perform. They can also replace the skills of workers and reduce overall costs.

The growth of robotics in the automotive industry has impacted the market. Automotive manufacturing requires a huge investment, which is why robotics is gaining popularity. The automotive industry has relatively stable markets, but it is growing at a slower rate than other industries. However, the warehousing and logistics industry has experienced rapid growth, creating new uses for robots. Warehouse robots are becoming more autonomous, while collaborative mobile robots have made their way into warehouses. AI is also taking hold in warehouse robots, making them smarter.

With the rise of advanced industrial robots, companies are able to avoid hiring hundreds of production workers to handle the same tasks. In the past, many plants had to close for holidays and maintenance. With industrial automation, companies can now run their manufacturing operations around the clock and eliminate the need for human labor. With increased production capacity, robots can minimize the risk of human error and fatigue and can produce uniform quality at different times.

Industrial Automation Robotics can be classified according to the operational modes they use, control systems, mountable tools, interactive mechanisms, arm geometry, and more. Industrial robots are used in a wide variety of manufacturing applications and play a major role in industrial system automation. They can be programmed to perform various tasks using closed-loop or open-loop control and may be equipped with human-like biological, vision, or acoustic sensors. The versatility of these robots can be enhanced by the changing end manipulators that they use to perform different tasks.

The main structural part of an industrial robot is its arm. The arm is comprised of links and joints that allow it to move. These links connect to each other and allow for both rotation and translational movement. Different types of industrial robots can be differentiated according to the configuration of their axes. Most industrial robots feature three to five axes of motion, but the more versatile ones have all six degrees of freedom.

The controller of a robotic system consists of a digital computer that includes an operating system and application software. This software allows the system operator to program and control the robots using a push-button array. The push-button array helps the operator to control the robot manually. These industrial robots are designed to work close to a human operator and are equipped with sophisticated sensors and software. They require careful programming to perform the required tasks and achieve the desired outcomes.

The reasons to join the field of industrial automation are numerous, but if you are wondering why you should join this field, keep reading. There are numerous benefits of automating manufacturing processes, including a more efficient workplace, higher productivity, and increased ROI. To find the right career path for you, consider these benefits, as well as the long-term benefits. Here are just a few of them. Let’s take a look!

When done correctly, industrial automation robots improve workplace safety by eliminating dangerous jobs. While human workers need breaks to rest, machines can work around the clock without a break. The flexibility of robotics makes them the ultimate workforce, especially when urgent demand for a product arises. The machines can take on a wide range of tasks, while human workers may take weeks to learn new ones. These advantages are reflected in the increased productivity of industrial automation.

Ultimately, industrial automation improves the consistency and quality of production processes. Human error, such as a parallax error, and other manual errors make it difficult to achieve the highest quality or consistency. Machine error, however, is minimal and should be negligible. Therefore, it’s a better choice for many industries. But if you want to know more, start your education in industrial automation with robotics. This field is an exciting and growing one, so make sure you join today! You’ll be glad you did!

In the long term, industrial automation will help companies save time and money. This is because robots help to improve productivity and reduce labor costs. They can also boost quality and save floor space. Additionally, they can increase the flow of production in manufacturing plants. As a bonus, industrial automation robots reduce the risk of accidents and improve the flow of production. And since the job market is growing, you’ll have a wide range of career options. 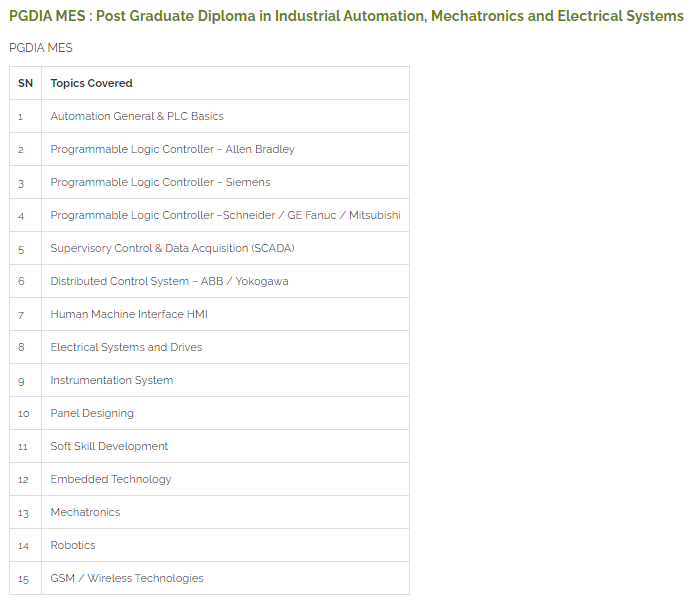